The Best of 2-Day Bhuj Itinerary 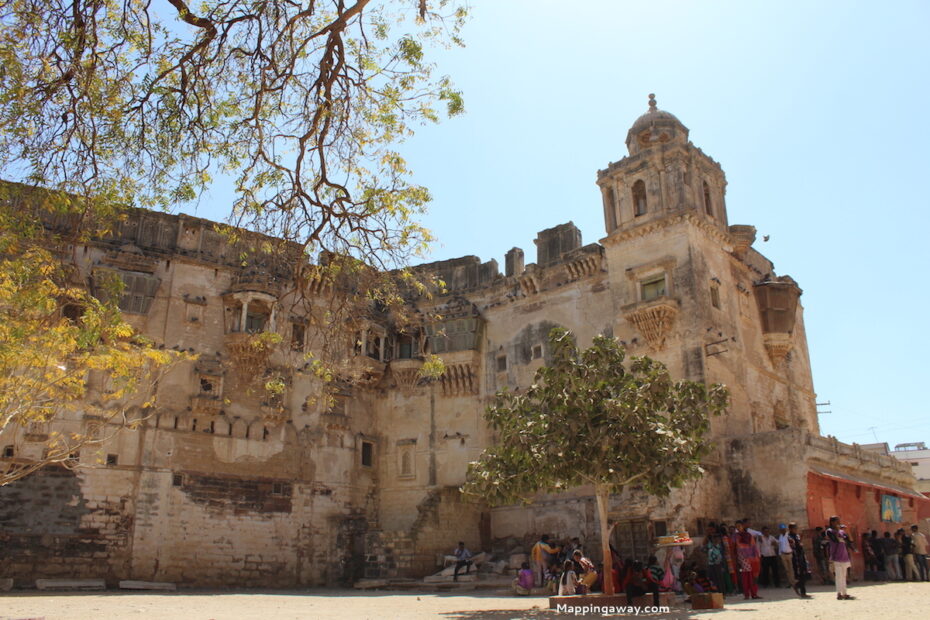 This guide scratches the surface of Bhuj. Kutch holds a special corner in every visitor’s heart.

As the capital and commercial hub of Kutch, Bhuj has expanded beyond its fort wall. I spent two days walking around the city. Only the old city area is great for walking but gets lost easily in the labyrinthine, narrow lanes.

Kutch has a rich cultural heritage that is well-known for handicrafts such as block-printing, embroidery, and leatherwork, as well as music and dance. Most crafting skills have passed down generations, and the youngest family members are working to preserve the legacies with innovation.

The Bhuj House is the ancestral home of the Bhujwala family, with a Parsi originate, built in the 1860s. The house is about 2 km from the market, is a home away from home place to stay.

Sharad Baug Homestay is owned by the grandson of the last ruler of Kutch, Sri Madansinhji. It’s in a quiet garden near Harmirsar Lake.

Kutir Craft Village Resort operates traditional huts made of mud with colorful patterns in the interior  If you come with a car, this is a place to stay away from the city for village experience.  (+919879432076)

2 days to 1 week in and around Bhuj

Aina Mahal, aka Hall of Mirrors, built in the 18th century, some parts of it has been destroyed in the 2001 earthquake.  The Prag Mahal

is a 19th-century palace. Look up to the fort wall on your walk to Darbaar Gadh. Toraniyu Gate welcomes you to the complex. Find the two angles reliefs on the gate!

Outside of the palace compound, in less than 10 minutes walk, it takes you to the Gujarat Pollution Board building

.  The purpose of this building has two versions but it was a school earlier. Fateh Mohammed’s House stands alone in a deserted-garden, that built in the late 18th century after he rose to be the “Diwan” in 1786. Although the house is locked, look at the window and wall ornaments. It’s said that he is buried behind this house.

is on your left side. Walk around Harmirsar Lake

, but the lake water is dried in wintertime. Locals like to sit on the lake bank and hang out here. Many fast-food vendors line up here. In the big garden, there stands the SharadBaug Palace

. A small part of the palace has converted into a museum.

After crossing the bridge, you will notice a fort tower and a tall white-washed minaret enclose. That’s Mohammad Pannah Masjid

, one of the oldest mosques in Bhuj. The entrance is behind Mahadev Gate

Continue the walk to Mahadev Gate.  I had enough for today. Find a teashop and enjoy a cup of chai! Tomorrow will take you to the markets of the old city.

Where to eat near Mahadev Gate?

Livelihoods created outside of the Darbaar Gadh. I began my tour from Old Vegetable Market

. Don’t be surprise the market inside is not crowded as many vendors are outside of the building.

Bhuj is not my final destination, I can only buy small items that fit into my backpack. Silver jewelry is a good option.  Saraf Bazaar Rd

is famous for jewelry, and other silver lifestyle commodities. Piles of new and vintage embroidery tucked in small shops. Explore the side streets.  Here is a good place for photographs of the tribal women. I was too shy for it. Usually, families come together to shop for jewelry. As walking down, the enormous nose ring wore by Jat women and her heavy silver necklace caught my attention. It’s comparable to the Harijan women’s spiral necklace and enormous anklets.

Bhuj is well-known for Bandhani tie. This is art done “by plucking the cloth with the fingernails into many tiny bindings that form a figurative design” (rajasthan.gov.in). This is the main source of income for some women who are not allowed to work outside of their homes.

has one of the finest Bandhani (tie-dye) owned by Abdul Jabber Khatri and his brother.