Things to do in Myitkyina – Kachin State 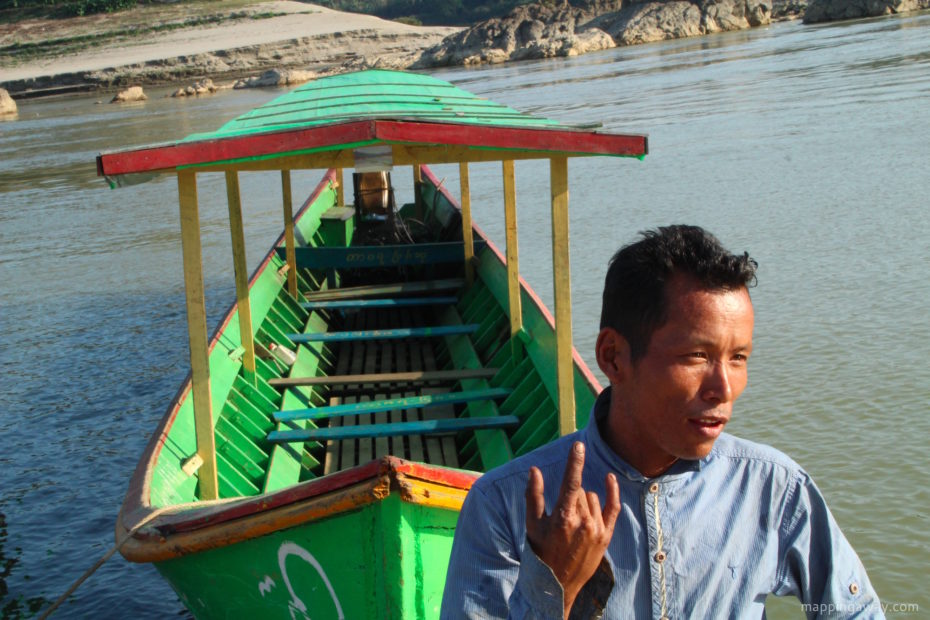 It is about 10 hours train journey from Mandalay to Myitkyina. The journey is not always comfortable. On the positive side, the scenic countryside and towns of Myanmar are worth the long train journey.

Restrictions are still imposed on foreigners to visit many areas in Kachin State. Currently, foreigners travel to Myitkyina by boat are not permitted. So far, Putao, Myitkyina, Hopin, and Indawgyi Natural Lake open to foreigners. The road beyond Myitkyina goes no farther than Irrawaddy Confluence. Putao is the farthest city you can reach but you need to travel by air.

Kachin state shares a long stretch border with China and a short border with Arunachal Pradesh, India. A Kachin town named Hpakant, near the Chin border, produces the highest quality jade. The natural resource is a curse to this land. It incited and financed a decades-old conflict between the military and Kachin Independent Army. Open-fire persisted especially in areas bordering China. Given the situation, many areas are restricted to tourists or check-points set out outside of the capital.

The northernmost state is home to 12 subtribes under the umbrella of “Kachin” ethnic. The majority of the population is identified as Christian. They abandoned the animist belief system and adopted Christianity in the 19th century. It was the British and American Christian missionaries who spread the message of God to Kachin since the 1860s.

Is Myitkyina safe to travel?

Myitkyina is a tourist-friendly city for independent travelers. Only Myikyina, Putao, and Indawgyi Natural Lake are the list of safe destinations for foreigners to visit. The crime level is unknown in the city. Drug addiction is one of the main issues in Kachin state and prevalent in mining settlements. Anyway, I felt safe walking in town around 6 am.

October to March is dry winter, considered the best time to visit. Noon in Bagan and Mandalay are hot.
March to May is the summer season.
Monsoon season begins in May, lasts till August, even in October, light rainfalls in central and southern states.

for late Burmese lunch and the river view.
Morning Cafe

The train arrived at 11 am, the vibes of the train station combining with a pleasant January weather, Myitkyina seems like a nice small town to linger around. I walked into Hotel United and YMCA to check availability and price. Many new hotels operate by Chinese-Burmese rapidly grow to meet the local demand in the capital of Kachin. In fact, there is not much sightseeing to do in Myitkyina compared to Mandalay.

In the early morning, the YMCA neighborhood is still sleeping left no shops open, and few people walking on the street. I hadbreakfast in Morning cafe or at a small tea shop opposite from Shree Ramjanki Temple

A small community of Sikhs owns shops along the Irrawaddy River. The only Sikh Temple in town painted with gold domes and white walls symbolically represent the flourishing of the community. It’s a place of identity that holds the community together, the same for Sri Jagannath Temple, Shree Ramjanki Temple, and Dragon Chinese Myanmar Temple in the neighborhood.

Walk to the Riverfront

The city built on the west bank of the Irrawaddy River, I enjoyed the walk to the riverfront, and watch lives along the water bank. A boat crosses the Irrawaddy wake up the tranquil river. It’s waiting for the monsoon. Tumbledown-bamboo houses and small scale corn farms are on the river bank.

Walk down to the Summer House

for late Burmese lunch and the river view.

Late evening locals flocked to the farmer market for supper shopping. It’s outside of the Myitkyina Central Market. I got an eye on purple boiled corn and local snacks like koh può. The friendlier locals even shared food.

The confluence is 46 km from Myitkyina, about 1 hour 20 minutes drive. Irrawaddy Confluence is where the Mali Kha and the N Mai Kah meet. A dam project signed by the former military regime and a Chinese construction company has put on hold as a result of local and popular opposition. The villagers were relocated to a new village about 10 km away. Since the dam construction is put on hold, it does not seem like they would move back. About ten Fishermen cast fishing net to the river and waiting for their harvest of the day.

Boats are available for hire. After your sightseeing, stop by any restaurant for grilled fish which is the most popular here.

The ride to the confluence is very interesting itself, sightseeing villages, churches, and farming activities. On the way, Kachin Theological College & Seminary is an interesting institute to visit and understand students’ lives and education in Northeastern Myanmar.

How to visit Irrawaddy Confluence?

You have to arrange a car. It costs about $50 for the whole trip including driver and car. Guesthouse would have contact for drivers.

Where to go after Myitkyina?

and one hour drive to the lake.
Stay: Indaw Mahar Guesthouse, in the village of Lon Ton, is the only village foreigners can stay.